Journal / 4 milestones in the life of Patrick Côté, seen here in his role as (friendly) predator

Being presentable goes with the territory for this fighter, who has been under contract with the UFC since 2004. He wants to be considered a nationwide role model in his industry, and Surmesur is all too happy to help him dress the part.

But who exactly is Patrick Côté? During those “Aren’t you …?” moments when someone stops him in the street to say they recognize him but can’t quite place him, Patrick simply smiles and says, “You know George St-Pierre? In the UFC, I’m the other Quebecer.”

Before we delve deeper into his look, here are four major milestones that will give you a glimpse into the life and career of the “Predator.”

1 - Destination Bosnia
At the age of 19, he joined the Royal 22nd Regiment and, in 2002, was deployed to Bosnia for a six-month tour of duty.

2 - First foray into the UFC
At 24, he stepped into the ring to face Tito Ortiz, his idol at the time and now a legend of the sport. It was the main event of UFC 50, and Pat’s very first UFC fight. 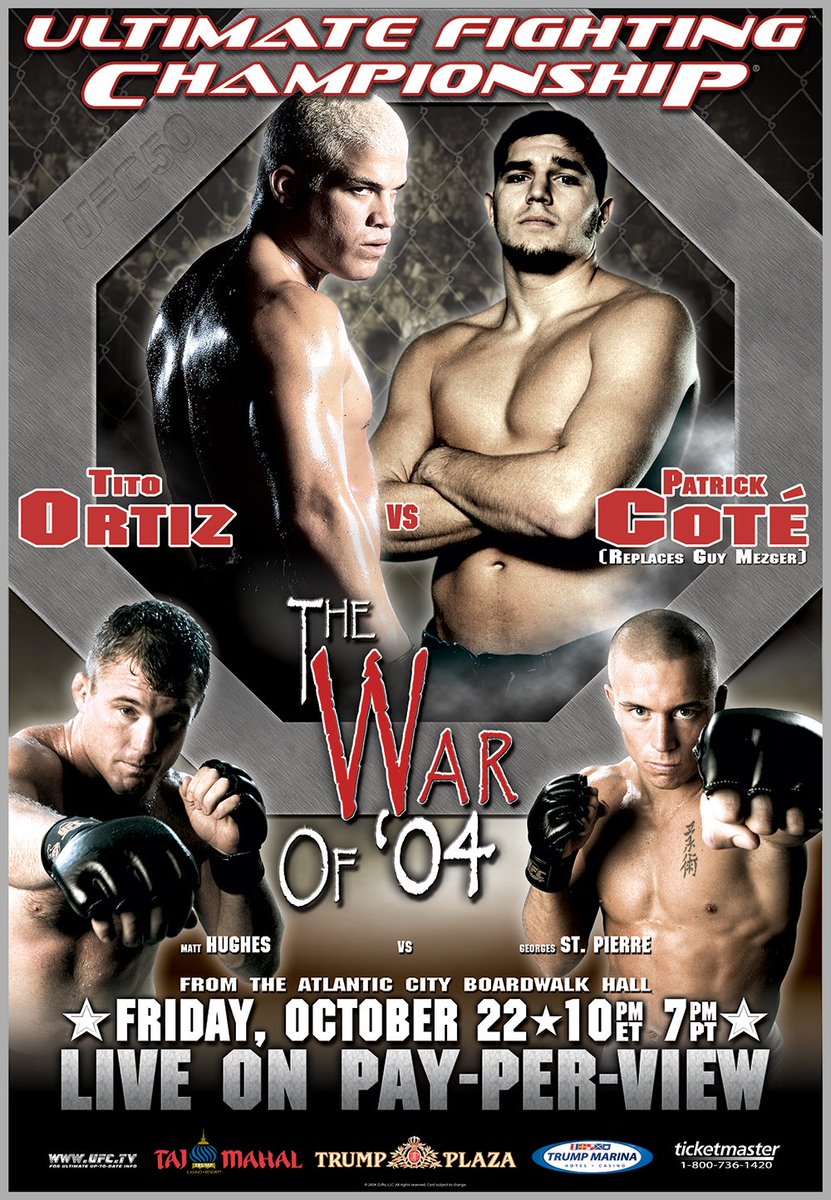 3 - Consecration
At 28, he fought the “Spider” for the world championship title. This fight remains one of the greatest achievements of his career.

4 - The Dad
At 36, he became a first-time father, making a social-media sensation of his daughter Rafaëlle.

More about his look

For this shoot with photographer YAG, he gave carte blanche to Charles, his favorite Style Consultant, who knows Pat’s wardrobe as well as his own. Despite his well-known preference for suits, Charles opted to create a more relaxed, mix-and-match look. 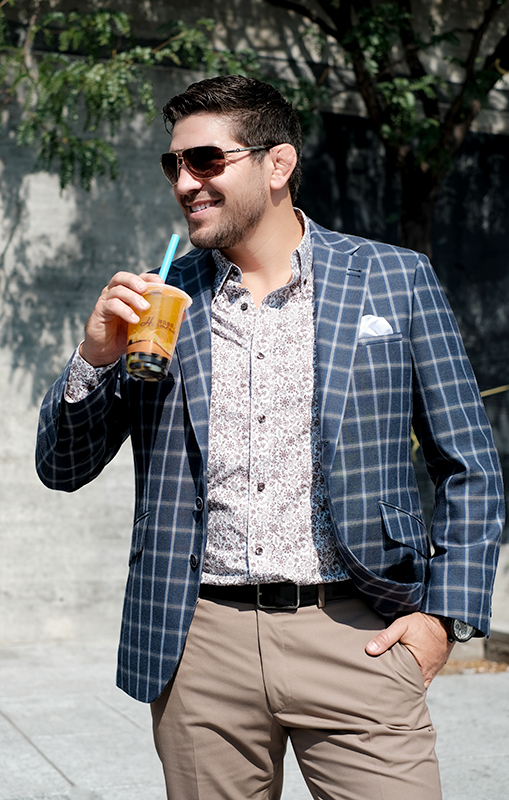 His blue and grey flannel-wool jacket his perfect for cool weather. The fabric, a little heavier than usual, will stand up to wrinkles.

The chino-style pants are made of cotton with a blend of elastane, a material whose stretchability guarantees maximum comfort! 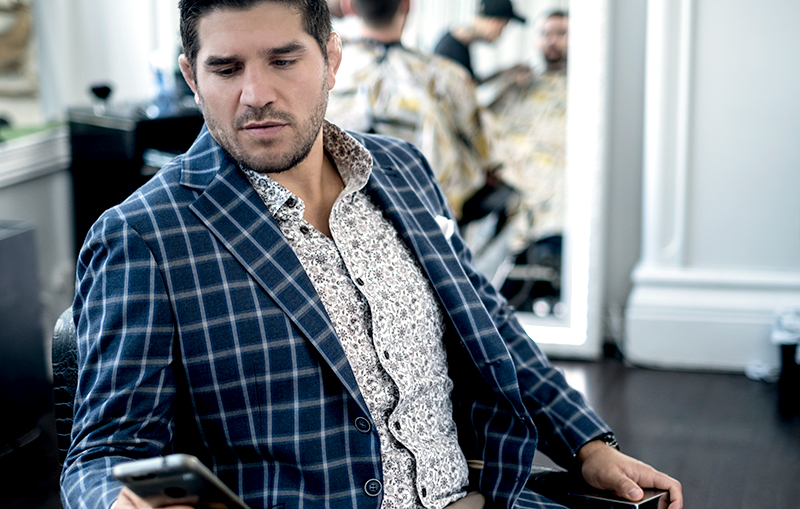 Finally, the cotton shirt. With its button-down collar and wrinkle-resistant fabric, it pairs equally well with jeans or beige shorts in summer. 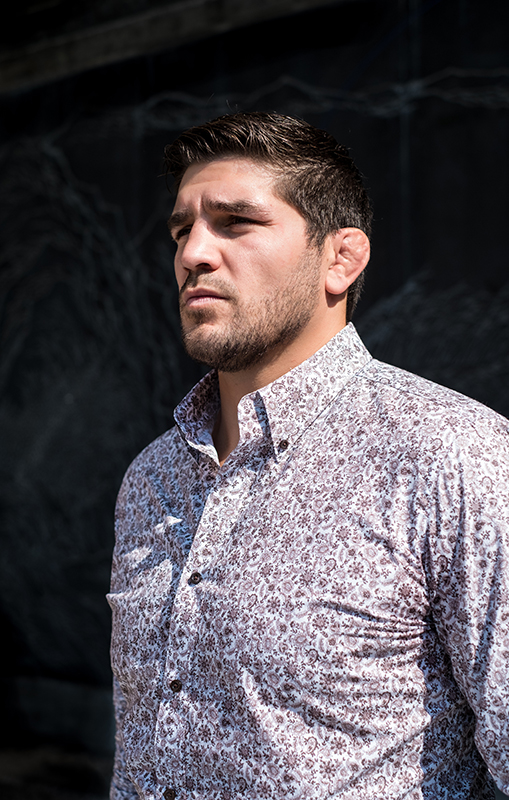 We are very proud to have Patrick Côté as a Surmesur Ambassador. He talks about his outfits in his social network every chance he gets. Surmesurians wish him all the best in his two careers: fighter and father!